TL;DR: Science Festival was great & kids loved it. You can re-use our materials, here.

Longer version: Last weekend was InterMine’s very first year at Cambridge’s famous Science Festival, an event designed to enthuse younger people and adults alike with awe for science. We split our time across two locations,working at our home department, Genetics, on the Saturday, and at the Cambridge Guildhall on the Sunday.

Our theme was around open science, with an activity designed to reinforce the idea that shared data (and therefore more data from different sources) results in better science. For adults we had a couple of great posters about the importance of data sharing, designed by Julie and Rachel. The posters are available freely online for re-use under a CC0 licence. 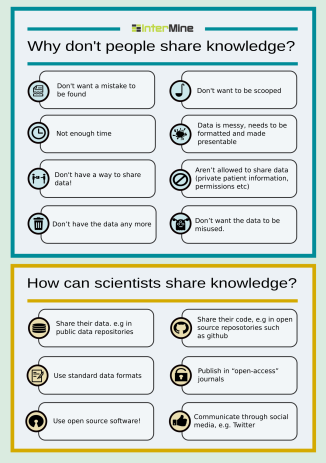 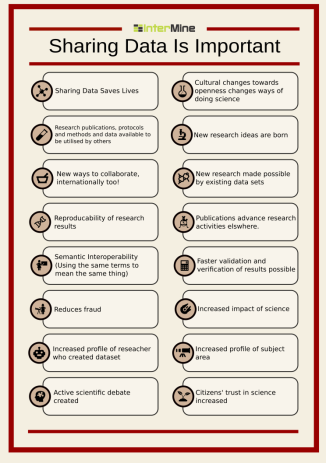 The Story: A party is rudely interrupted

Meanwhile, for kids (and some adults too!) we had a crime-solving activity. In our scenario, a dastardly fruit villain had stolen the passionfruit in the midst of an otherwise enjoyable soirée. In their haste to flee, the culprit knocked over a tin of blue paint, leaving tracks behind, as well as injuring themselves and leaving DNA evidence behind as they jumped out the window. We had four fruity suspects:

Step 1: footprints in the paint

In order to solve the crime using science, our young detectives were invited to examine the footprints left by the culprit:

It was usually pretty easy to rule out the apple, and after thinking a little more, the strawberry could be ruled out too, but the orange and the lemon both looked rather similar.

Step 2: Juice found at the scene

Since the devilish thief had hurt themselves, we had samples to analyse. Our criminal investigators took strips of litmus paper and carefully examined the evidence:

Once again, the evidence wasn’t quite conclusive (and was very sticky). Still, it was fun! Let’s move on to the next bit of evidence…

With sample fruits to compare, our enterprising criminologists got a step closer to the solution. Could the skin be from a lemon? Hmmm.

Step 4: We have samples, so let’s sequence the DNA!

Okay, so you may have guessed that we didn’t sequence the DNA of the suspects ourselves – but thankfully the lab had four profiles for us to compare to and they managed to quickly provide a DNA fragment from the crime scene evidence, too. This fragment was far more conclusive than the others, pointing unequivocally to the shadiest character of the bunch – Lithium Lemon.

Step 5: Putting the puzzle pieces together, and sabotage!

As our sleuths solved each different activity, we gave them a puzzle piece. At this stage they had four pieces of the puzzle, but they were still missing a couple of critical bits: the two central pieces. It turns out there had been some CCTV footage – but it had been stolen! After looking around, our vigilant investigators discovered where the crime scene video had been hidden (under the table) and managed to put the entire story together. Once again, shown front and centre of the puzzle was our suspect, Lithium Lemon.

While the shady character wad hauled off in cuffs to the county jail, successful detectives were rewarded with candy, some awesome stickers,  and a handout that had a child-oriented activity sheet on one side, with a small copy of our open knowledge posters on the other side, for the slightly more grown-up folks.

"Open Science is Better Science" – more stickers for our @camscience booths have arrived! We suspect these ones will appeal to #openscience adults as well as kids! 😄

Want one? Stop by @GeneticsCam on the 17th of March or the Guildhall on the 18th! 👩‍🔬👨‍🔬⚗️🔬 pic.twitter.com/nMltvjevH1

Our tables were generally very busy, and the kids seemed to have a great time examining the evidence and putting together the puzzle pieces one by one. I’m not sure how many of them quite perceived the data sharing theme, but some of the adults definitely did, and appreciated the posters as well.

I think one of the biggest surprises for use was how busy we all were! Genetics had a steady flow of people, but the Guildhall had even more. We haven’t heard numbers for this year yet, but in 2017 apparently there were around 3,000 people. What that meant in practical terms for us: Two tables with identical versions of the activity, two InterMine team members acting as detective wranglers at each table, and often two separate groups of people working through the activity simultaneously at each table. After several hours of this we were all ready for a nap! Next time, six staff might be better to allow people to have a breather.

We also learned to keep a good eye on our puzzles: Five puzzles left the office on Sunday morning but only four returned. Hopefully it’ll be cherished at someone’s house as memories of a great activity…. ?

Our materials are open!

Given that our activity was designed to advocate openly sharing your science, we’ve shared our materials online too, and you’re welcome to re-use them.

If you do re-use them, we’d love to hear about it! You can email info@intermine.org, tweet @intermineorg, or even open an issue on the GitHub repository.

Finally, I’d like to thank Rachel again for all the work she put into designing this scenario. It was creative, exciting, and overall seemed to be a hit! 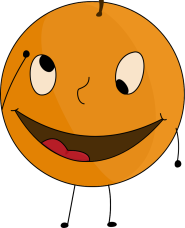 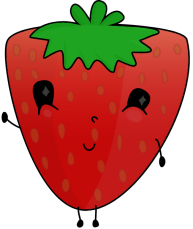